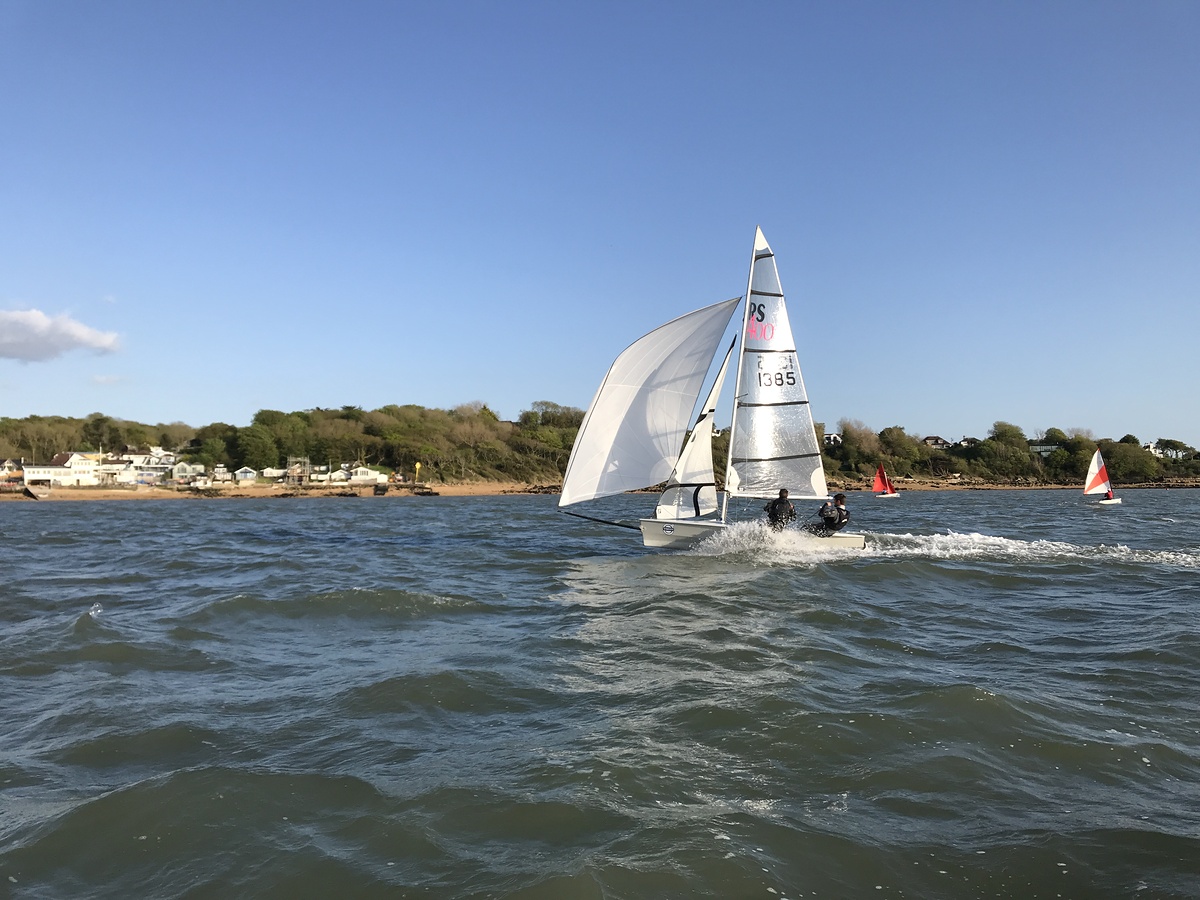 The weather cleared on Wednesday evening for a fine evening of racing in a fresh north westerly. The plug was out in the solent so the race box set a challenging course around the bay keeping competitors off the shallows.

Carl Blenkinsop took the bullet in the cats ahead of Shaun Kellett and Tony Wyeth.

In the fast handicap Tim Harris reportedly forgot that an RS500 doesn't have wings which may have cost him and Tim Wilkins the win. Ben Willows took first with James Downer and crew in third. Ollie Evans and Toby Attherton had an early shower after the tiller sheared on the 29er - more repairs for Chris!

Steve Cole laid down the gauntlet with a flying start in the medium handicap. Word has it he took his foot off the gas a lap too early and so was pipped into second by M Calvert in a laser with Fynn Kirkpatrick and team mate in an RS200 in third.

There were 7 starters in the slow handicap. Mike Peddar jumped the gun and was OCS. Ash and Jack Holmes looked very comfortable with the spinnaker up on the mirror for the first time. Thomas Leather showed great perseverance to finish the race in his Tera. In the battle of the Picos Amanda Harding won out over Dawn Bee with Sarah Brindson in third in a 4.7. 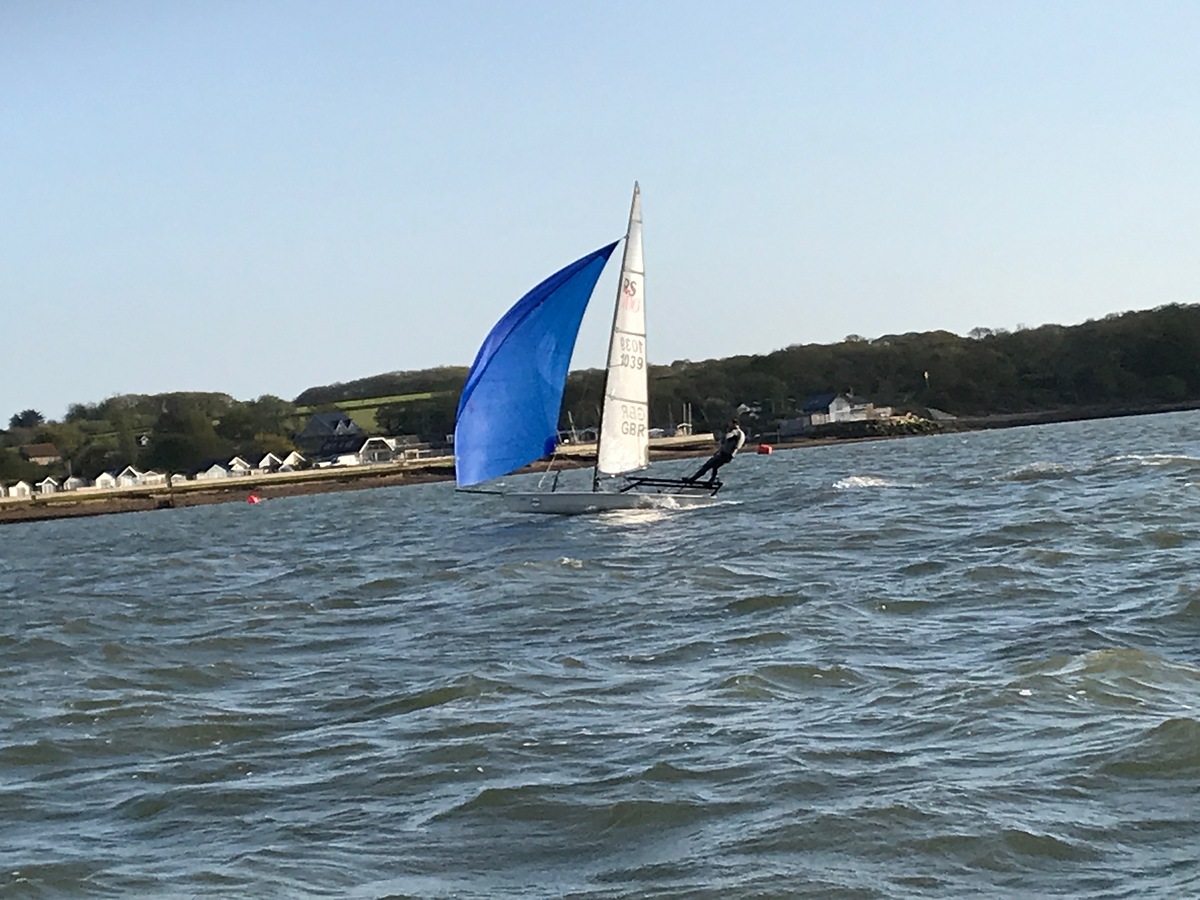 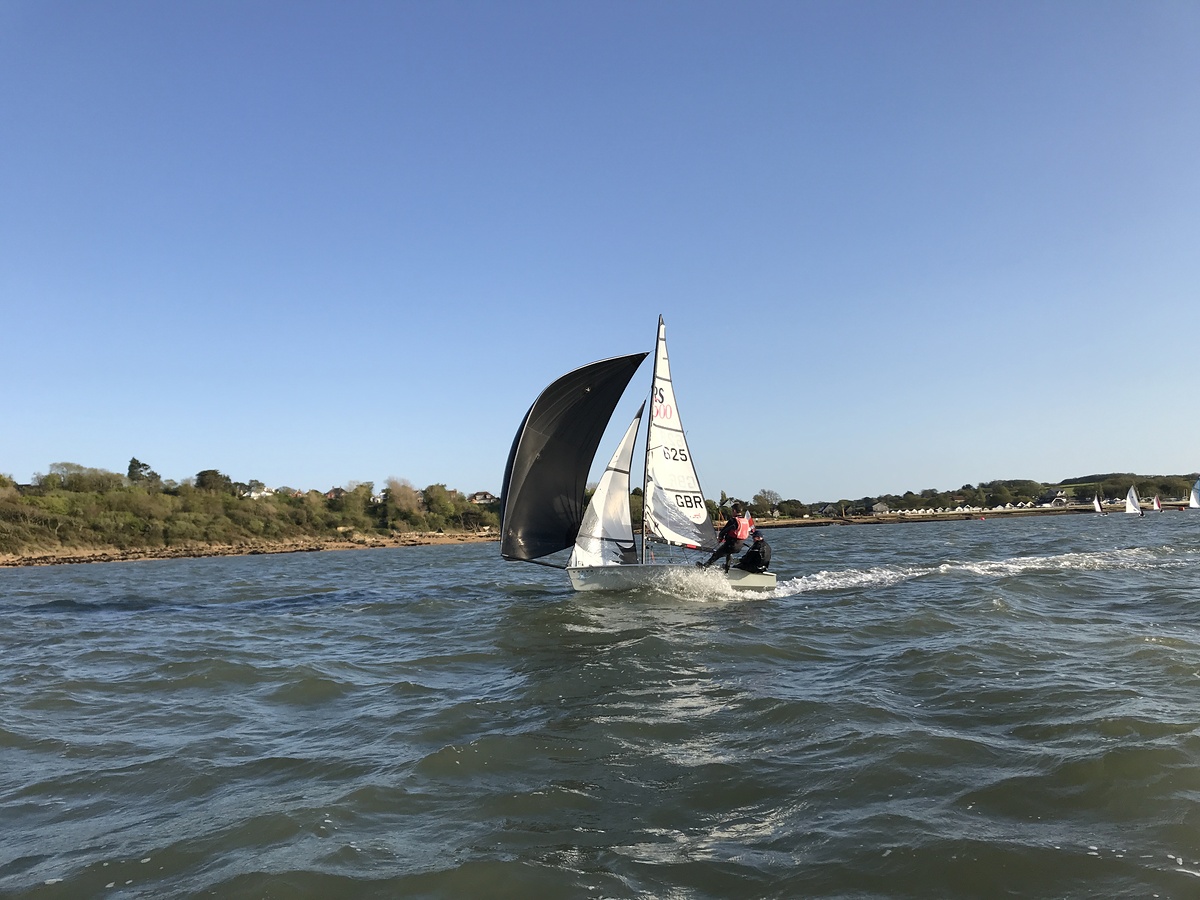