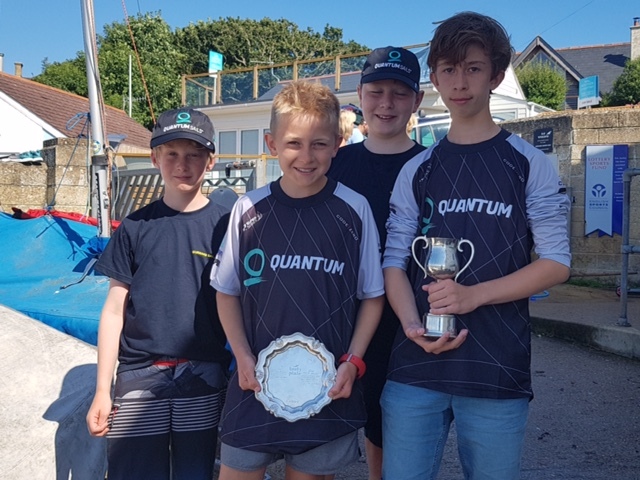 Over two glorious days 26 Gurnard Sailing Club cadets had an exciting mixture of racing and water based fun events in Gurnard Bay. With some of those taking part having only started the club's training programme this year, the first day of racing was a perfect introduction for them against some of the more experienced youngsters. Four races were held in light and tricky conditions before going ashore for a pasta lunch. Fully refuelled, the cadets had the chance to show off their kayaking and paddle boarding skills around an obstacle course before eventually coming back to the clubhouse for a barbecue and the then to show off undiscovered skills during 'Gurnard's got Talent' held on the Saturday evening.

With a light wind forecast for Sunday morning the race team announced that racing would not start until midday, giving competitors and the huge team of volunteers a well deserved lie in. With a building breeze and high tide four more races were held giving a total of eight races with two discards allowed. A splendid tea of savouries and cakes welcomed the cadets back ashore as they eagerly awaited the prize-giving.

With tight racing in both fleets the overall winners were not decided until the last couple of races with the top three in the fleets being as follows;

Lastly and by no means least a massive vote of thanks to all the volunteers who helped make the weekend such a success.