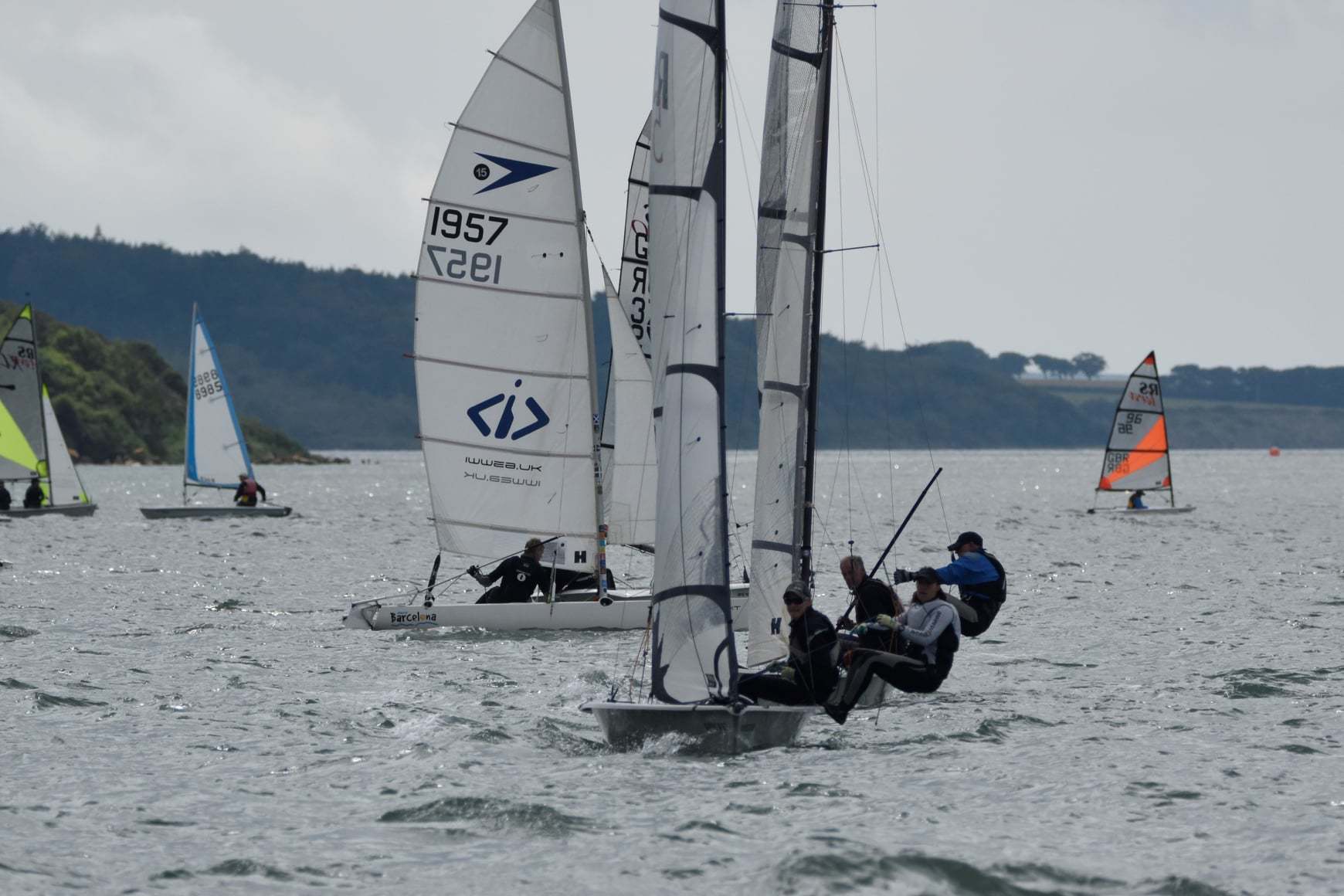 Gurnard Sailing Club was delighted to welcome 60 boats across five fleets to the inaugural Isle of Wight Dinghy Championships last weekend (Saturday 24th and Sunday 25th July). Racing was held over a two-day regatta as sailors navigated a mix of weather conditions across the Solent and were even treated to a rare sighting of a large pod of dolphins off Gurnard Ledge.

Robin Leather, Vice Commodore, headed up the Championships and was very happy with the success of the sailing club's first major regatta for all members and visitors since Covid restrictions came into place:

"This event was just what the sailors needed in the calendar this summer and I think everyone really enjoyed getting back into the swing of things after an unsettled year. We were very happy to welcome a handful of visitors to Gurnard Bay and our ambition is to see this particular Championship travel from club to club so that sailors can experience new sailing environments and connect with the wider sailing community across the Island."

Sailing kicked off in earnest on Saturday morning after a delayed start due to light winds and conditions required the Race Team to get creative. Every sailing opportunity was maximised for the sailors as the length and breadth of the racing area was put to full use. Competitors in the Big Cat, Shadow, Fast and Medium Handicap fleets were given the opportunity to spread their wings with courses set on each side of the Solent, while the Slow Handicap sailors enjoyed being part of the largest fleet on the water, getting involved with some very close racing in the bay.

It was tight at the top of the Shadow fleet with the overall result decided in the last race of the Championship as several competitors put themselves in contention for lifting the trophy. Current National Champion and rising star of the class Orion Shuttleworth pipped his peers to first place after holding off Carl Blenkinsop in second position and Martin Scott in third.

Exhibition sailing by the solo Big Cat was a great spectacle for everyone to enjoy. Dougie Wright fulfilled his need for speed and blasted expertly around the Solent in a Nacra, flying into first place on one hull.

Recently crowned National Champions Tim and Heather Wilkins in the RS500 took first place in the Fast Handicap fleet and a closely fought battle played out between the RS100s, which saw Mark Harrison taking second place overall ahead of Ben Willows in third.

The Medium Handicap fleet saw the battle of the modern versus the classic, with the classic prevailing. Mark Reynolds, who recently returned to Gurnard after learning to sail as a youngster at the club, took first place in a Laser after fending off the RS Aeros of Paul Bowen in second and Shaun Kellet in third.

Mirror sailors Luke and Rafe Bradley won top spot in the largest of the fleets, the Slow Handicap, with an unbroken string of first places. With such an impressive performance, the father and son team also lifted the Yachts & Yachting trophy for best overall performance. Kate Gibbs sailing her Pico Race sailed consistently to take second in the class, while Samuel Leather and his crew Thomas Yates sailing their RS Feva did enough to snatch third place and thus secure a place on the podium.

Commodore and Principal Race Officer, Steve Cole, said: "Overall the Championships delivered a fantastic weekend of sailing and socialising despite challenging conditions on the water. As a Club we are run entirely by volunteers and I would like to thank them all for their valued contribution to this event. We really look forward to making more like this happen in future as we continue efforts to bring sailing and socialising back in to the community."