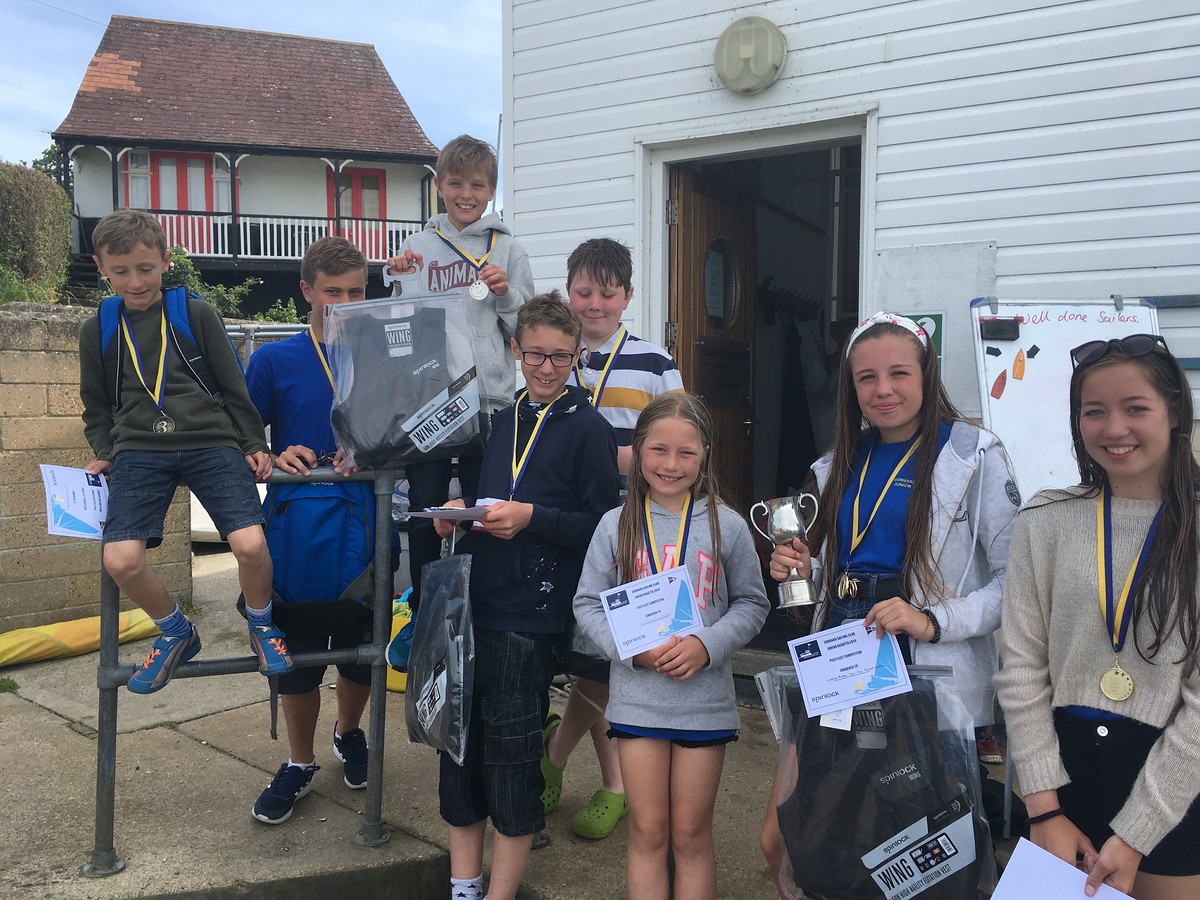 Over the weekend of the 20th and 21st July 30 youngsters between the ages of eight and 16 took part in Gurnard Sailing Club's Junior Regatta racing in either the Pico or Tera classes.

Saturday's forecast looked ominous and at the briefing Race Officer Tim Cole announced that the Pico fleet would race first followed by the Tera fleet in order to maximise safety cover.

With a flood tide and 15 knot breeze to start with the Picos completed two races in testing conditions with Lottie Rose Van Der Helstraete winning both races, James Watson, Thomas Cole and Molly Nutter filled the top three places. With building wind and waves quite a few Pico sailors experienced the temperature of the water downwind! After all the Picos had finished the Tera fleet were sent out in increasing wind, most with smaller or reefed sails with the exception of Thomas Leather who promptly broke his mast and returned for a spare.

With the safety boats reporting gusts of 23 knots a reaching start was set for the younger sailors of the regatta with a mark laid further out in the bay and three short sharp races were completed by the time the conditions made any more sailing possible.

At the end of day one Thomas Leather had secured three wins, Rafferty Moore was the only other youngster to complete three races.

A BBQ followed the day's racing and the Limbo competition in the evening provided great entertainment for those taking part – and watching!

Sunday was a lot better with a slowly increasing wind allowing both fleets to complete four races throughout the morning, a triangular course was set with a common wing mark. In the Pico fleet James, Thomas and Lottie swapped positions and places with the two-handed Pico sailed by Illeana and Raphaella Taylor Burns improving as the day went on. The Tera fleet had some great racing with Thomas, William Bradley and Samuel Leather battling it out for podium places.

After two hours of racing on the water, the youngsters had an hour of water based fun activities before tea and cakes and the prizegiving.

At the prizegiving GSC Vice Commodore Steve Cole thanked all those who had helped to organise the event and especially Spinlock who generously provided some great prizes for the winners.