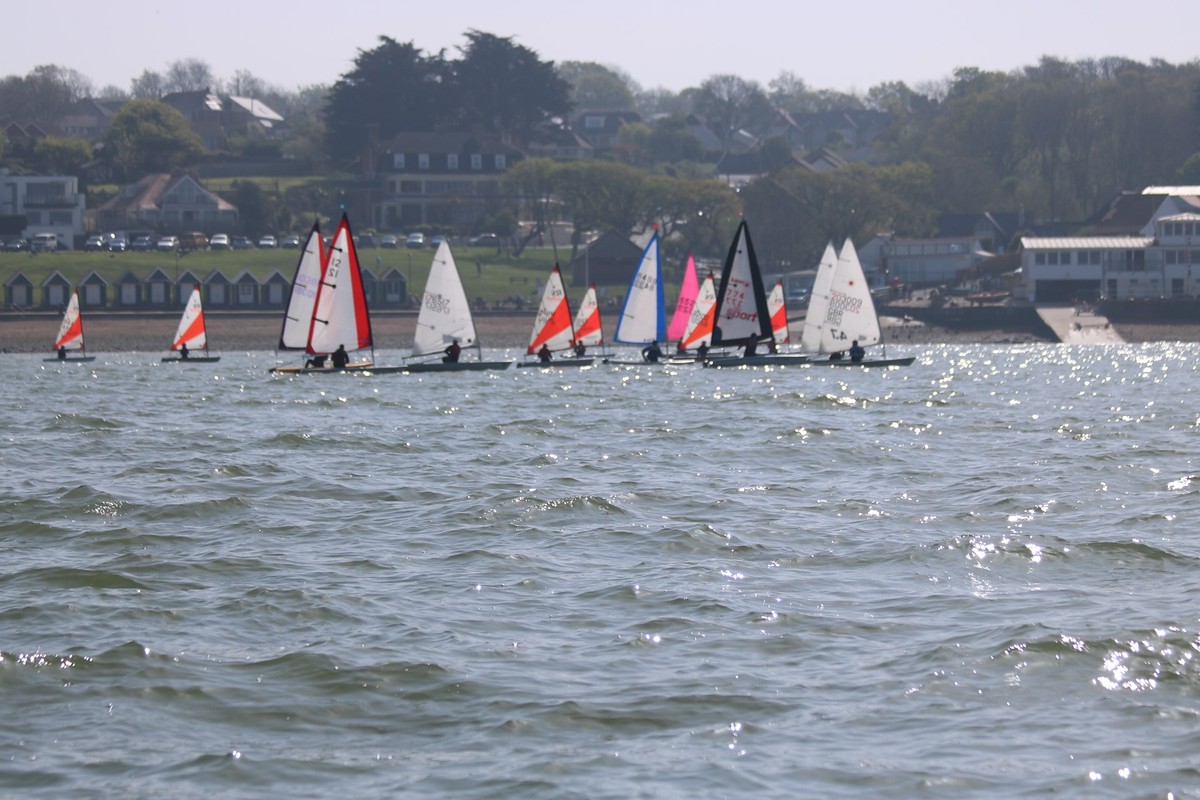 Gurnard Sailing Club held its first cadet training weekend for its growing RS Tera fleet. The young sailors were coached on the Saturday and Sunday and also took part in the Sunday racing. Over the weekend, a lot of fun was had and good techniques learnt.

The 43 starters for the Sunday morning race had to sail against a strong flood tide in a light but pleasant South Westerly wind. Boats staying inshore to avoid the strong adverse tide had to make do with considerably less wind there. The flying start made by Robin Leather in his Shadow catamaran allowed him to get clean air and increase the winning margin to six minutes from Paul Bowen and Carl Blenkinsop. The massive sail plan of Tim Harrison's B14 excelled in the light breeze winning the fast handicap head of the RS400 sailed by Mike Acton with Sally France and Simon Davies in his RS100. The medium handicap had a large Number of RS Aeros but this did not stop James Downer on his Finn from taking the top spot from the Aeros of Jane Peckham and Chris Hobday who fought back to third from a terrible start. The top three positions in the slow handicap were taken by the Picos of Dawn Bee, Kate Gibbs and Mike Peddar. First RS Tera was Killian Boag who managed fourth overall. Thomas Leather was second Tera from Sophie Wright.

It was great to see that the action continued into the afternoon with a good number of boats making the most of the summer conditions and taking to the water.