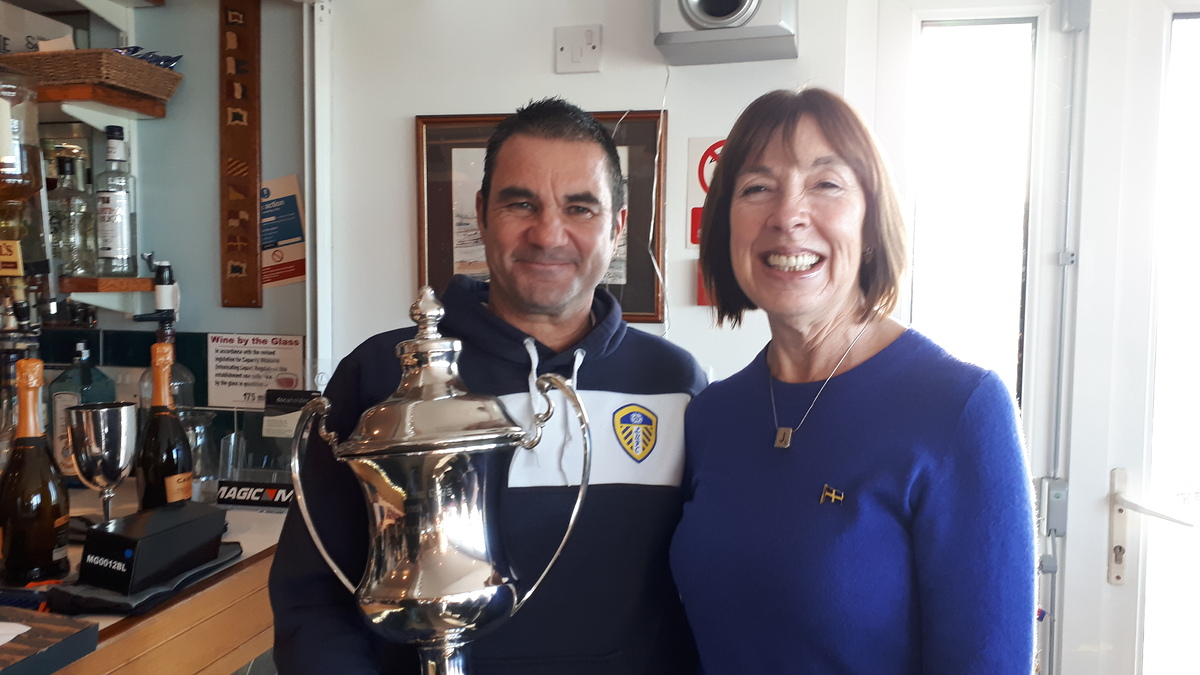 The cold strong wind and rough sea forced the race officer to cancel the last race of the 2018 season. The sailors weren't too unhappy about it as they had the end of season prize giving and festive lunch later in the day. After a lovely turkey lunch, pudding and coffees, prizes were presented by club Admiral Mrs Joyce Martin to those who had placed in the top three overall in each race series. Special prizes were also given for cadets and special achievements. Shaun Kellett on his Shadow catamaran had an exceptionally good season and was awarded the Diamond Anniversary Trophy as overall club champion. Robin Leather thanked all that had volunteered as race officers, safety boats crews and kitchen helpers for what has been an amazing year of racing and fun. Lastly, prizes were awarded in the customary Christmas Jumper competition, top honours being taken by Mike Acton, Dawn Bee and William & Rafe Bradley in suitably humorous and festive attire.

Sunday 16th is the first winter work party starting at 10.00am.