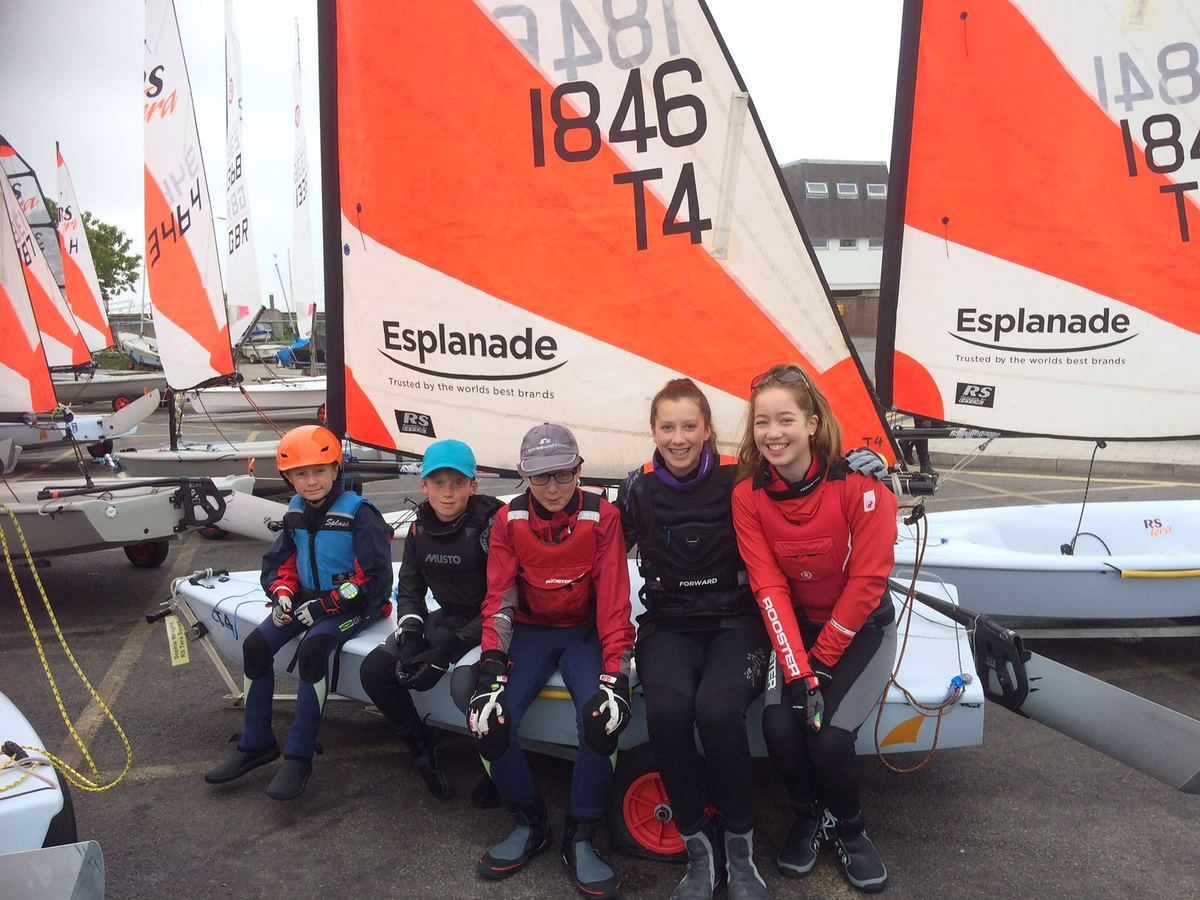 Over the weekend of the Royal Wedding, Gurnard's young sailors took to the seas in the hope of jubilant celebration of their own at the RS Tera Southern Championships hosted by the Royal Lymington Yacht Club. After months of planning, Team Gurnard took to the road in the hope of a smooth journey to Lymington. Unfortunately this did not happen. On Saturday morning we woke up to fog and low water, this meant all our plans had to change. The ferries off the Island were cancelled which collided with plans but this did not stop the eager sailors! Samuel Leather (8), Thomas Leather (11), Fred Salter (11), Killian Boag (11), Illeana Taylor-Burns (13) and Sophie Wright (13) were filled with excitement to go and compete in their first open event. Other plans were put in place and eventually we all arrived safely in Lymington, however it did make us much later then planned. As a result of being late, we all missed the morning briefing which caused all the Gurnard sailors to be unsure of what was happening. But with the help of some very kind parents, the sailors were all changed, entered and launching on time. The last sailor to arrive was Fred Salter, in the space of ten minutes he went from having a boat that was on the roof of the car to being changed and launching from the slipway to join the others!

And all of a sudden Team Gurnard was on the water and sailing up the channel to the start line. After the half hour sail to the race course, the Gurnard sailors were met by twenty-two other competitors which meant that the young sailor's cadet training was going to get fully tested. Twenty eight Teras started Race One and despite not knowing where the marks were three of the sailors did very well, Fred Salter came 5th, Killian Boag finished in 8th and Thomas Leather came 15th. Sophie Wright and Illeana Taylor-Burns found the conditions more challenging finishing 26th and 27th and Samuel Leather did really well but capsized in a large swell halfway round the course. We moved on to Race Two which was much easier as Team Gurnard was familiar with the course and surroundings. Killian, Thomas and Fred kept up their outstanding performance and the young sailors finished in top places. Killian came 5th, Thomas was 6th and Fred finished in 8th. Sophie and Illeana improved and came 20th and 23rd which made them all happy. After Race Two the conditions became colder and wind speed increased, this caused Sophie Wright to retire. Race Three began and unfortunately the cold conditions got to Illeana, so she retired half way through the race. However, the three other boys were still battling through and finished with Killian in 5th, Thomas in 6th and Fred 8th. By now the temperature had dropped considerably from when they changed and ran onto the water, Fred Salter and Killian Boag retired because of the cold. Despite the fact that the rest of his fellow sailors had retired, Thomas Leather showed great resilience and finished race four in 17th place.

Once racing was completed all of Team Gurnard treated themselves to a delicious meal which was cooked on the BBQ. Overall racing went very well for all the young RS Tera sailors in their first open meeting and they were all raring to get back on the water for Sunday's competition.

Sunday was an early start for the team; by 9am boats were rigged and they were raring to get on the water and make their way to the start line, which was an hour's sail after negotiating the Wight Link Car Ferry. For the young team, this was quite some experience!

The hour and a half long course was complex and provided new challenges in a new environment, particularly with the lighter winds keeping the fleet bunched. Both courses were to port, made more interesting by a lack of wind at various points.

Highlights of the event included in Race Six, when Sophie Wright and Illy Taylor-Burns recovered from a poor start, through to thirteenth and fifteenth despite the lack of wind; a commendable achievement for a first time sailing in a Tera at competition level. Samuel was exceptionally pleased with his performance, the youngest in the fleet was able to surpass all expectations finishing nineteenth and ranking higher than his more experienced brother, Thomas in Race Six. He also reports that he thoroughly enjoyed the bacon rolls on offer! Despite being overtaken by his younger brother, Thomas sailed well and certainly improved his performance in the final race. Killian proved himself to be an excellent cadet by placing sixth overall; a very noble outcome. In between races, the cadets were able to reflect on their experiences by boarding the club rib and jumping off! For most, including Killian, this was a highlight; as was Catherine Evans' brownies which were shared and greatly welcomed after a long sail!

Overall the cadets and those in the safety boat had a weekend to remember. Well done Team Gurnard! Thank you to Robin, Will, Ollie and Gurnard Sailing Club for Safety Boat cover and giving us loads of encouragement!

By Sophie Wright and Illeana Taylor-Burns 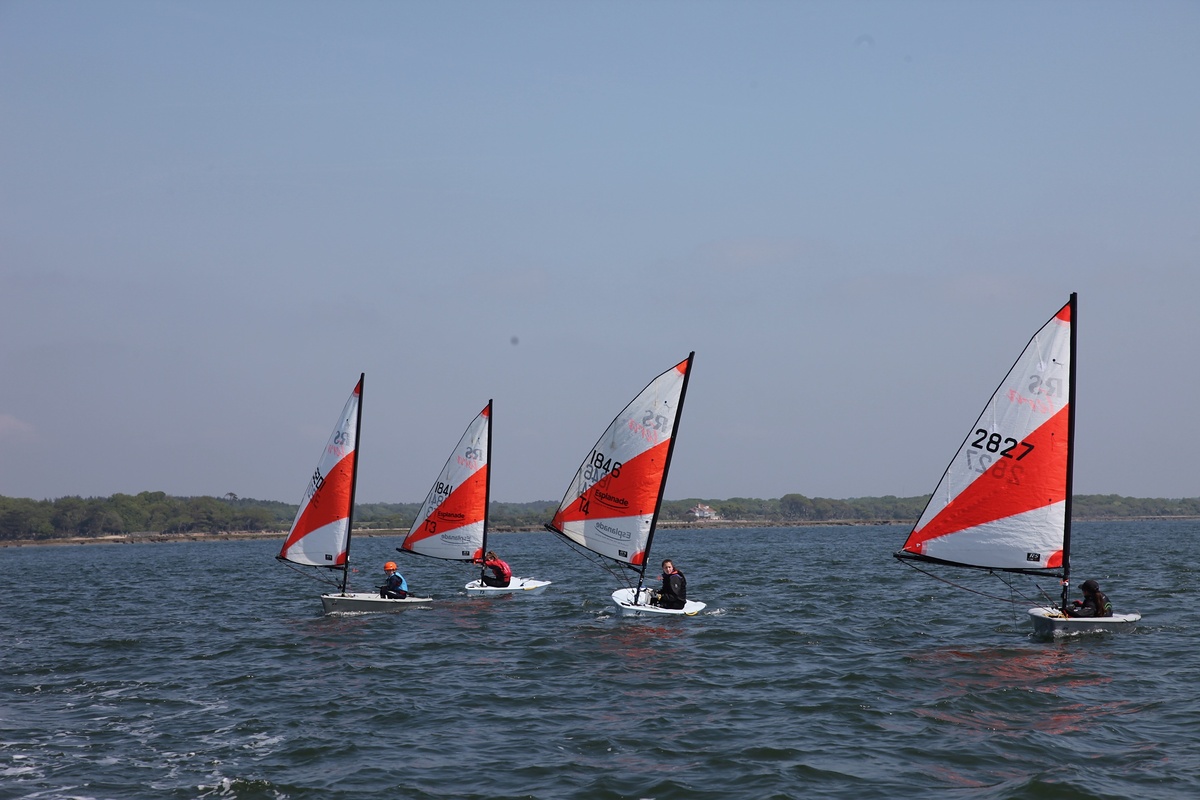 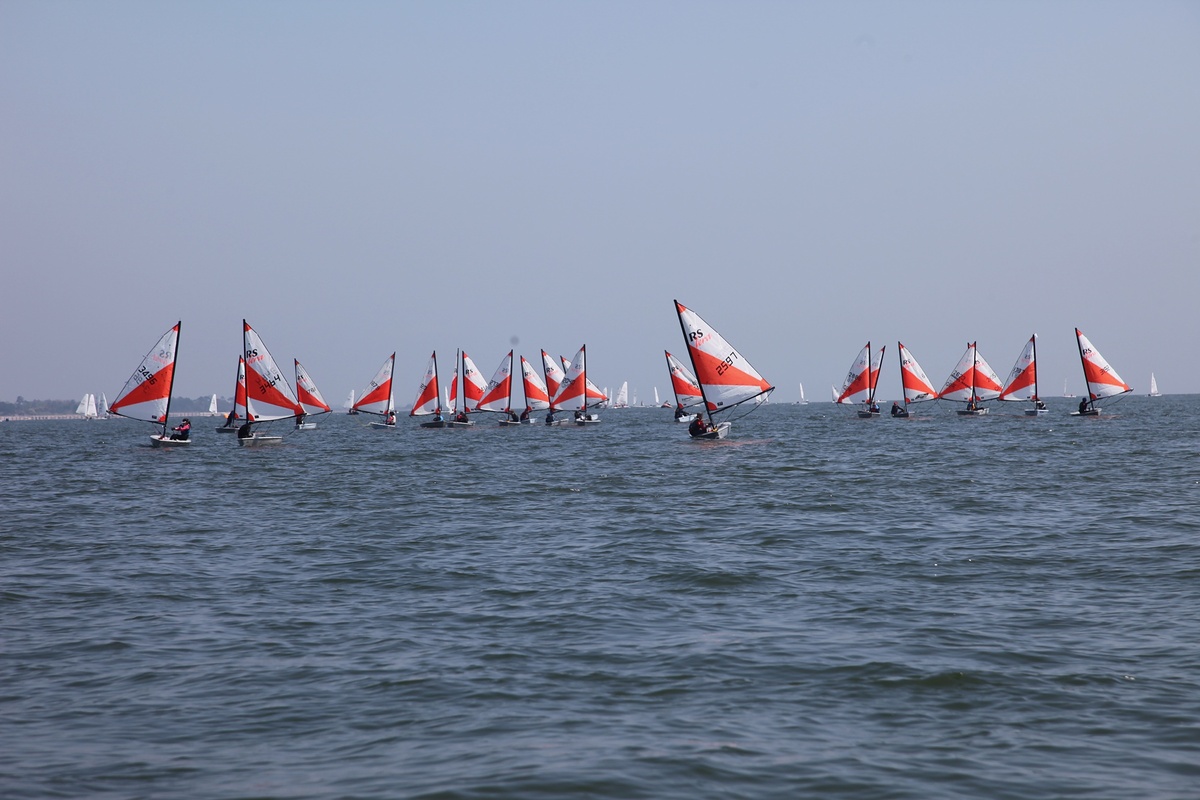